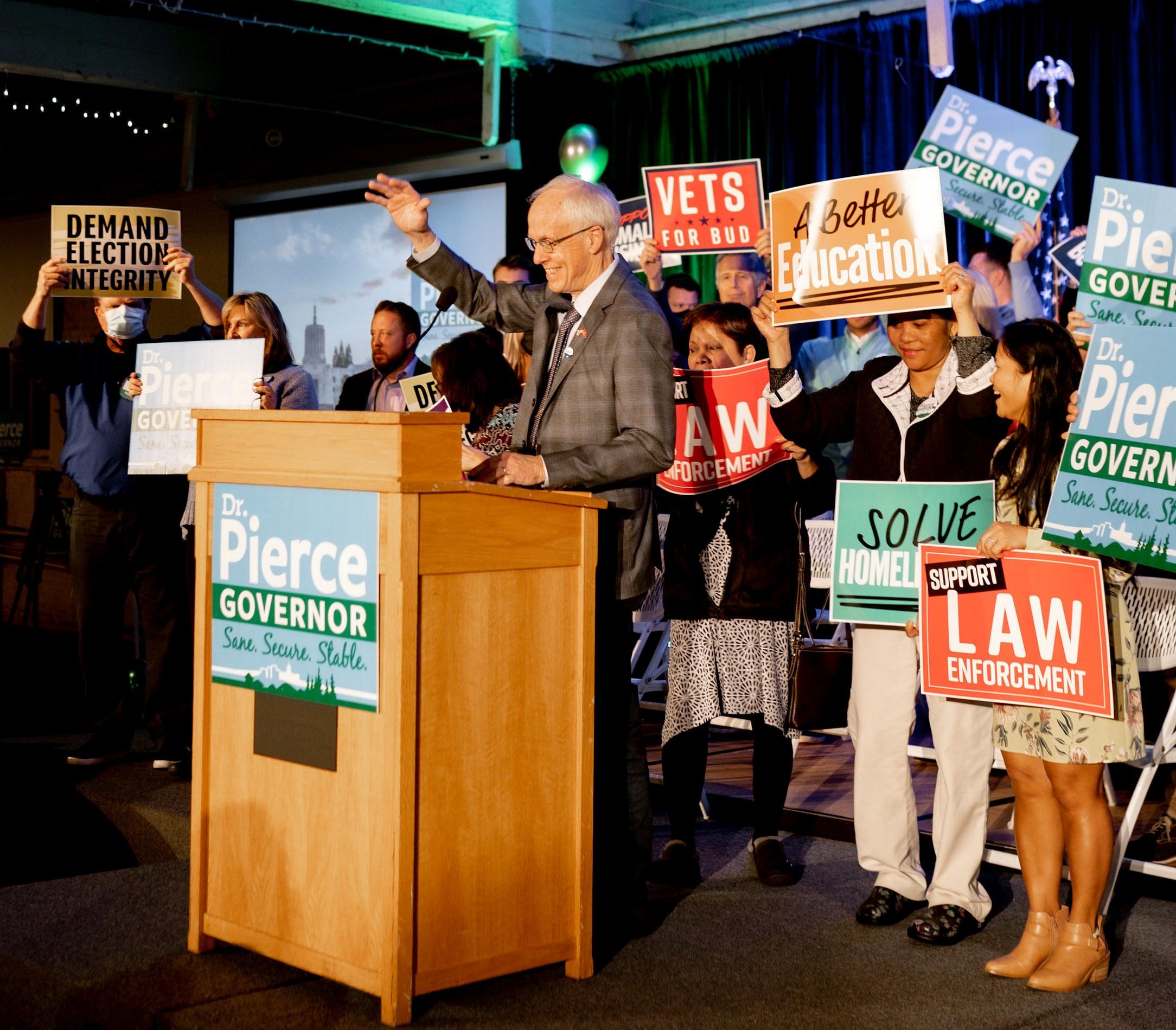 Dr. Bud Pierce is a Republican candidate for Oregon Governor.

A short campaign video compared Oregon in 2016 when Dr. Pierce won the primary and later lost to Kate Brown by only 7%, and where the state is today.

Ken Ruettgers, former National Football League offensive tackle, shared his perspectives. Ruettgers, who played for the Green Bay Packers, now lives in Sisters, Oregon, and operates a nonprofit. The retired athlete expressed his concerns about the state. He said that the lack of leadership in Oregon had left the state struggling with homelessness, providing no support for law enforcement, and allowing small businesses to fail.

Dr. Pierce’s comments first touched on the devastating loss of his wife, Selma. He then expressed concerns about how the state of Oregon is also lost.

“Oregonians have lost their state, the place that we love and call home,” Dr. Pierce said. “Portland is overwhelmed by shootings, car-jackings, and violence. Businesses have fled. Crime is also increasing in our suburbs and our rural areas. More and more people live in primitive conditions, injecting themselves with powerful drugs that will lead to their death or ruin their lives. It is time for us to take back our state, to end the violence, the lawlessness, and the acceptance of lifestyles which lead to suffering and death.”