On Oct. 12, about 100 anarchists damaged property in 35 Portland locations, Dr. Bud Pierce, Republican candidate for governor says this must stop. 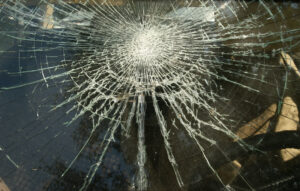 On Oct.12, a group of about 100 anarchists damaged property in 35 Portland locations. The price tag of the violence is estimated to be over $500,000.

The violence occurred following a memorial for self-proclaimed anarchist Sean Kealiher. This is the second anniversary of his death.

Dr. Pierce said, “Portland’s crime wave is a direct result of its cutting back on law enforcement last summer. Some of the city’s leadership can’t seem to make that connection.”

In a Facebook post, The Portland Police Association (PPA) made it clear that the city’s police force is understaffed.

Daryl Turner, the Executive Director of the PPA, wrote, “In the last 20 years, Portland’s population has grown by over 170,000 people. During that time, PPA has grown and evolved its policing policies and practices to better meet the city’s desire for broadminded and sophisticated police professionals. Yet our city has fewer police officers now than in 1999.”

Turner added that the agency would need to hire 840 additional officers to meet the 2.5 officers per thousand population that is considered appropriate according to FBI statistics.

Dr. Pierce, who is a strong advocate of public safety, said, “Law enforcement must have the proper resources and training necessary to combat this surge of violence. They also must have a government that supports them, not demonize them.”

“No one should be allowed to break the law without consequences. What was once a vibrant and culturally diverse city is becoming a place where laws are meaningless,” Dr. Pierce added.

Dr. Bud Pierce has placed public safety at the forefront of his campaign agenda. He has committed to strengthening law enforcement’s role and providing citizens with the protection they need to live without fear of violence.

Bud Pierce, M.D, Ph.D. is a business owner and senior partner of Oregon Oncology Specialists, one of the last physician-owned practices on the West Coast. He announced his candidacy for governor on the Republican ticket in April 2021. Approved photos and biography can be found at www.BudPierce.org/newsroom.