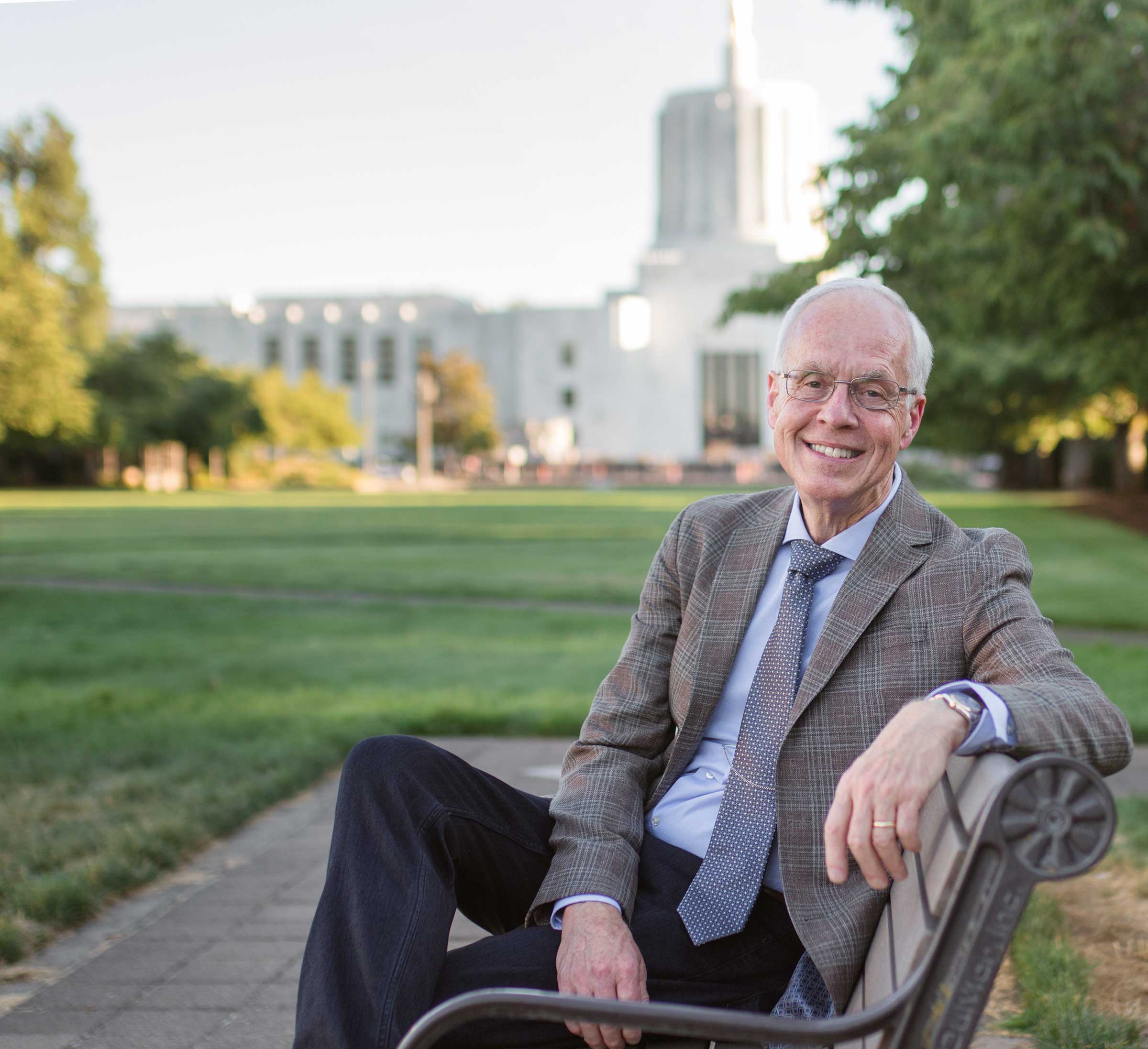 William C. “Bud” Pierce, M.D., Ph.D.was raised in a small Southern California town in a happy, close-knit family. His dad was a public school janitor, and his immigrant mom was a homemaker. Bud’s sister, Liz, gave him his nickname.

The Loss of a Father:

Bud’s dad died when Bud was 14. A year later, he began part-time work after school and on weekends at the Air Force Base market as a bagboy, working only for tips. There he learned, the great lessons of his work life: work fast and hard (more orders packed meant more chances to earn tips), know your craft (don’t break the eggs!), and be nice to your customers (or they won’t give you a tip). Bud graduated from high school as one of his school’s valedictorians.

Around the age of five, Bud said that he wanted to be doctor. He was encouraged by his parents, but no one in his family knew what it would take for him to become a physician. He never gave up on this dream and worked toward that goal. He enrolled at UC Riverside, and was admitted to a seven-year accelerated joint B.S. /M.D. program that guaranteed him admission to UCLA Medical School after three years (if he could make the cut).

Bud worked hard during his college years, and he earned nomination to Phi Beta Kappa. He also worked weekends and full-time during summers as an orderly at a nursing home, where he began learning the art of patient care. He realized he had the knack of caring for patients.

Bud made the cut, and was admitted to the UCLA School of Medicine. During his first two years of medical school, he decided that he required more education and training in the scientific method. He entered the Ph.D. Experimental Pathology program at UCLA.

Service to his Country:

With summers off between his second year of medical school, and beginning his Ph.D. program, he proudly entered military service by enlisting in the U.S. Marines. He spent the summer of 1979 in marine Corps boot camp as an enlisted Marine. He would serve the next six years as an enlisted marine reservist, and he would again serve in the United States Naval Reserve as a doctor during his medical training.

The Love of his Life:

During his Ph.D. training, Bud met the love of his life, Selma. They were married, their daughter Kristina and son Michael were born. Bud and Selma remained happily married until Selma’s passing late last year. Bud graduated from UCLA in 1985 with a Ph.D. in Experimental Pathology; his research area was in the viral causes of cancer. Bud resumed medical school at UCLA and received his M.D. degree in 1987. He was honored with admission to the Alpha Omega Alpha medical honor society, awarded to the top 10 percent of medical students.

A Leader in Medicine:

Today, Bud is a senior partner of Oregon Oncology Specialists of Salem, one of the last physician-owned oncology practices in the Northwest. Annually, the practice cares for thousands of patients with serious blood disorders and cancer. Bud has served as the anchor of the practice, working five days a week, generally from 6 a.m. to 8 p.m., at the work that he always dreamed of doing. This pace of work has allowed Bud to care for over 15,000 patients over the past 20 years.